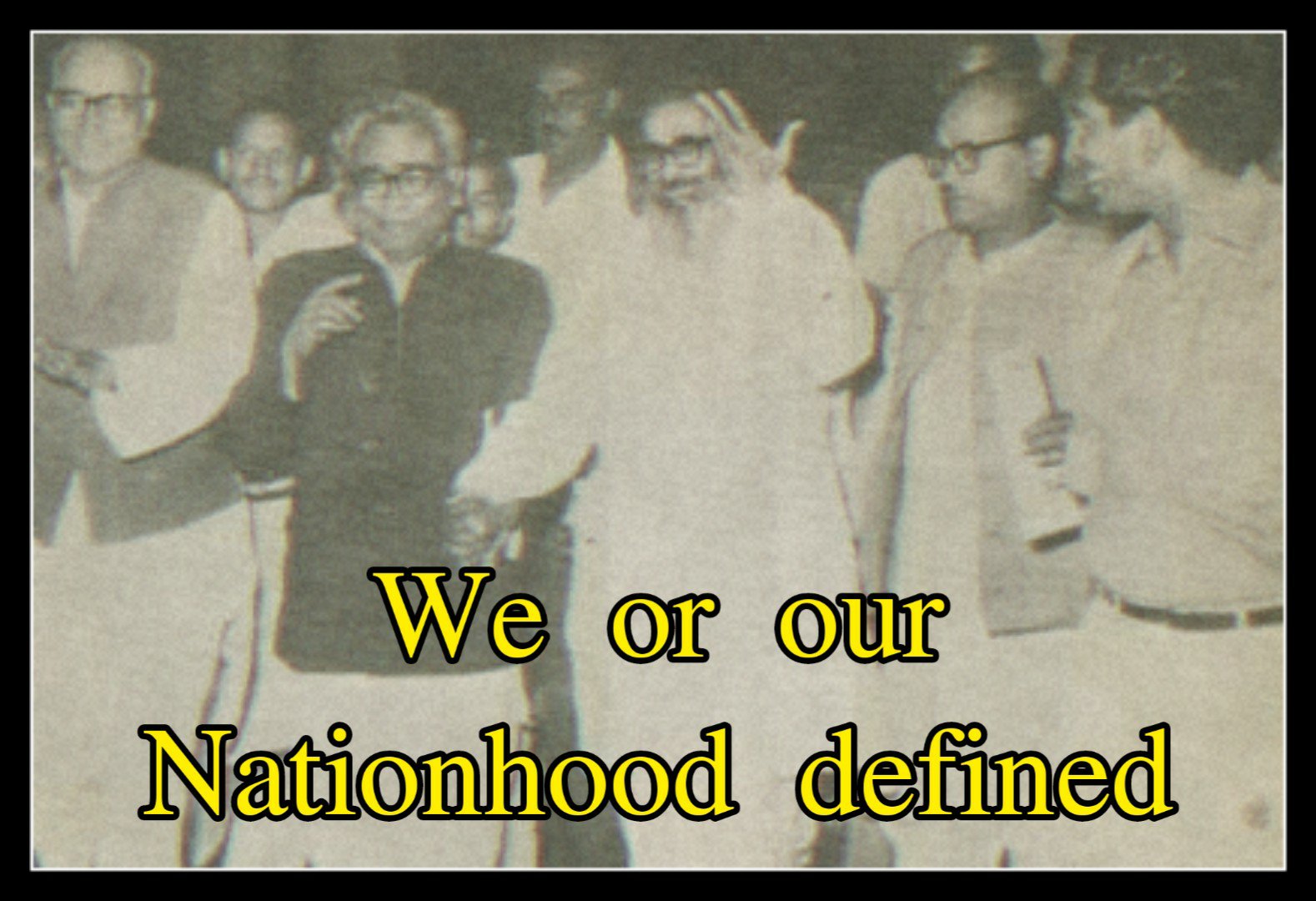 We Or Our Nationhood Defined

About the Book In this book, Author have presented an interesting and fascinating contribution to the discussion of a subject of great and vital importance. Author has taken pains to explain in simple but elegant style the abstract notions which form the main ingredients of the concept of Nationalism. He has succeeded in examining the principles deduced from the above study in light of the conditions prevailing in India and applying the same to the solution of the problems with which the Indian Nationalist is confronted. The book is one which will prove thought-provoking and serve to give an impetus to the scientific study of a problem which has been so far comparatively neglected. The author therefore deserves to be congratulated on having brought about this book at this time and presented to the readers a new and important point of view of looking at Nationalism and studying National movements which unfortunately did not occur to many who have been styling themselves and also working as Nationalists. Author Madhav Sadashiv Golwalkar was the second Sarsanghchalak of the Rashtriya Swayamsevak Sangh (RSS) and ideological guru of the Right-wing organisation for 33 years, from 1940 until his death in 1973. He took the RSS to great institutional strength after independence. Golwalkar has been widely noted to be the most prominent ideologue of Hindutva. He authored the books Bunch of Thoughts and We, or Our Nationhood Defined.